The Community Foundation family has lost its leading lady and tireless champion for every corner of the communities we serve: Shannon Sadler Hull, the President and CEO for 28 years, passed away on November 3.

Sadler Hull cut her teeth in leadership running political campaigns. She oversaw George H.W. Bush’s operation in Palm Beach County during his presidential run in 1980. She had also worked in speech pathology in area hospitals and schools. Searching for an opportunity that would allow her time to care for her young daughter, Courtney, she landed a part-time position at the Palm Beach County Community Foundation in 1981. A year later, she became full-time director.

During her tenure, she oversaw massive expansion for the organization, including forming a scholarship program that has since grown to over 110 funds; a transformational $20 million gift from the MacArthur Foundation and a $15 million bequest from Anna Marie Graber Martens, which spurred our organization to change our name and service area to include Martin County; building new headquarters in downtown West Palm Beach, where we still operate; and thousands upon thousands of lives changed and friendships forged. 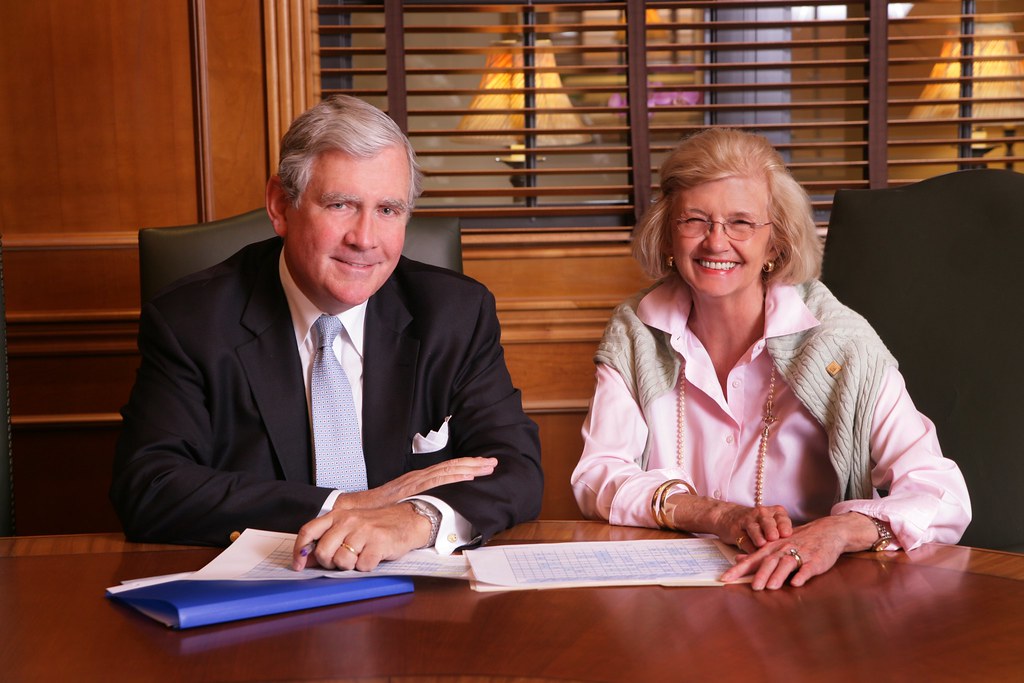 Under her visionary leadership, Sadler Hull encouraged the Community Foundation to take risks. For example, early on she pushed to address the AIDS epidemic, enlisting the support of the Bernard van Leer Foundation in The Hague, and the Mott and MacArthur Foundations, to create the Glades Community Development Corporation and fund a mobile clinic called The Sugarland Express. The health department staffed it, and the bus went into Belle Glade schools and fields to discreetly treat those who were HIV-positive.

Described as a true steel magnolia, Sadler-Hull knew that the Community Foundation could only be as strong as its people. She recruited diverse board members to be representative of our community and attracted volunteers and staff who were as forward-thinking and hard-working as she was.

When asked to reflect on her years at the Community Foundation upon her retirement, Sadler Hull credited the mentors and partners who helped her create a stronger community. She mused, “Robert Woodruff said it, but I think we’ve always lived this – ‘there’s no end to what one can accomplish if you don’t care who gets the credit.’”

When Sadler Hull retired, she became President Emeritus, and supported the Foundation up until her passing. As the Community Foundation celebrated its 50th anniversary year in 2022, she said this about her three decades of leadership:

“It was a great privilege to lead the Community Foundation at its beginning, working closely with our Foundation’s founders, including Winsome McIntosh, Board members, and generous donors. During my tenure, we increased our assets and impact significantly and began what has become an endless source of opportunity for the people of Palm Beach and Martin Counties.”